The PROCE55 Mobile platform allows developers to create apps using the PROCE55 Modeler (for Windows) and execute the apps in the PROCE55 Mobile RTE (Run Time Environment) for Android, iOS and Windows 10 Mobile. Deployment of PROCE55 apps can be done directly from the Modeler using various methods (PROCE55 cloud, custom app repositories or custom app packages, which can be uploaded to custom HTTPS locations). 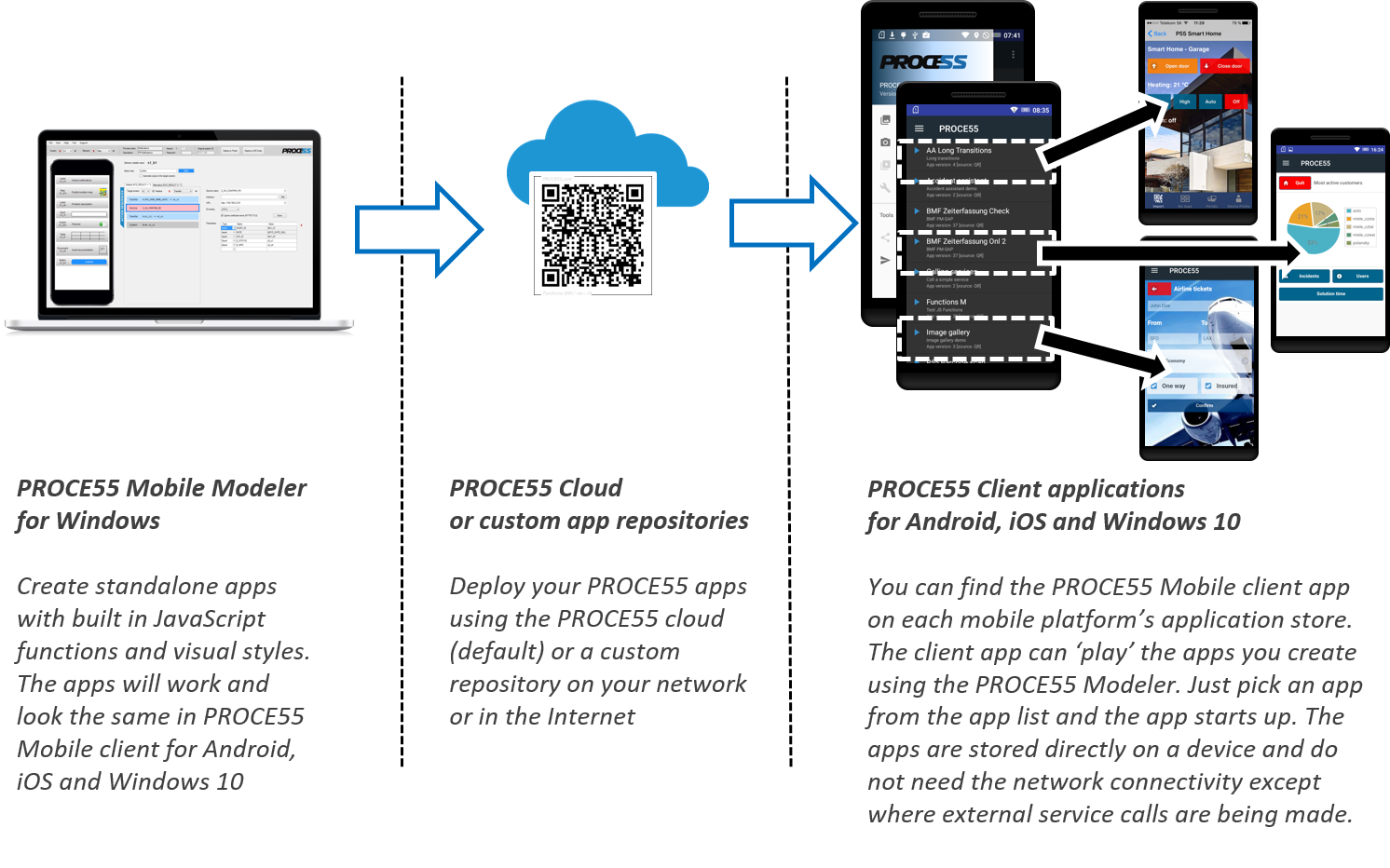 The modeler contains all the tools needed for the app development, testing and deployment. Each app consists of several screens, containing predefined or custom UI element, such as text labels, inputs, check boxes, tables and buttons. Buttons can trigger action flows, which can consist of multiple actions (which can modify UI elements, use their values, call services and more) and which always navigate to some target screen (it can be the same screen as well).

The following picture shows a typical modeler screen with a button element selected, showing its action flow (also known as an action sequence): 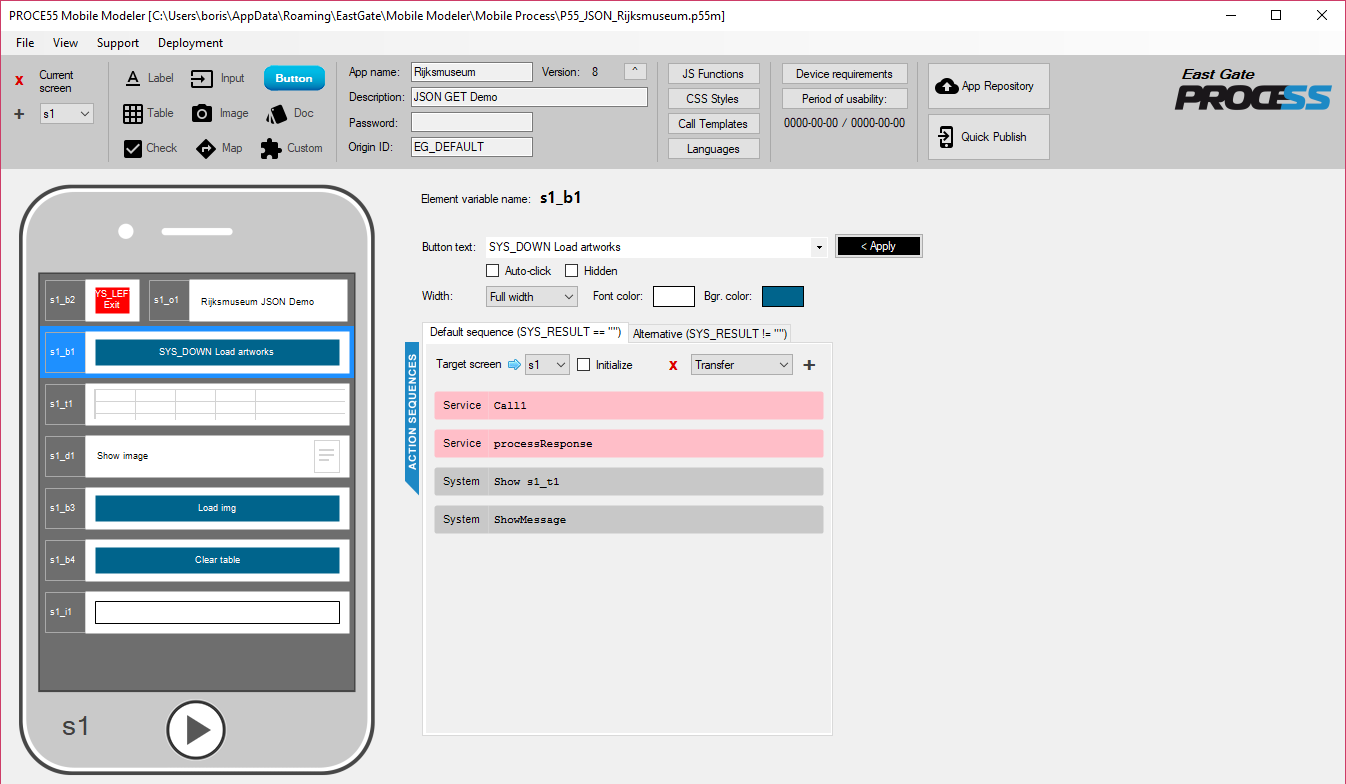 The PROCE55 RTE allows users to execute the PROCE55 apps on their mobile devices. Once the apps are imported into the RTE using one or more of the above mentioned methods, they remain on the mobile device and can be executed anytime by the users. The apps do not require any web server, not they are dependent on any PROCE55 back-end systems. They are being executed offline, directly by the local PROCE55 RTE on user’s device, and they call external systems only where defined in the app action sequence, typically calling some custom back-end system. 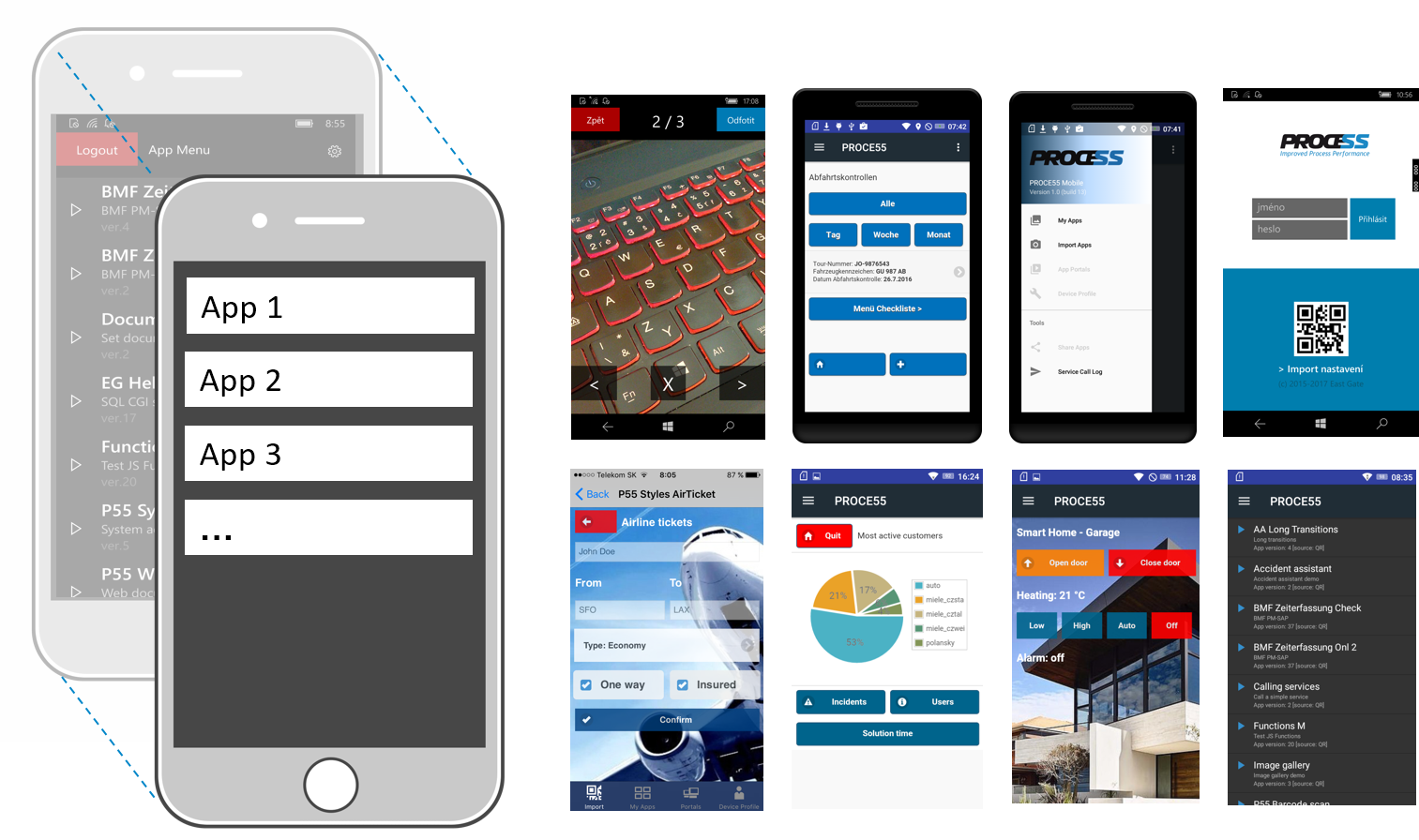 There are multiple ways and possibilities how the apps are delivered to mobile devices, or removed from devices. There can be user roles, app repository access rights, local network restrictions, date range rules (the app usability period from/to), etc.